This was taken at the Star Gazing festival which was held at Kelling Heath holiday park. I spent most of the afternoon there covering people preparing for the night ahead, setting up their telescopes. Some were using basic telescopes and used their knowledge of the night sky to know where to look. Whilst others were using every conceivable piece of technology to map out the heavens with computers, motorised platforms to track the stars and cameras to photograph celestial bodies that are virtually undetectable to the naked eye. I knew what sort of picture that I wanted t get which would involve getting as much of the sky as possible and to get star trails. I had to experiment for a few of the first pictures trying various shutter speeds and apertures until I found one that worked. The exposure was for just over 13 minutes. The one thing I didn't expect was the movement of Andrew Robertson with his telescope in the foreground which adds to the picture. 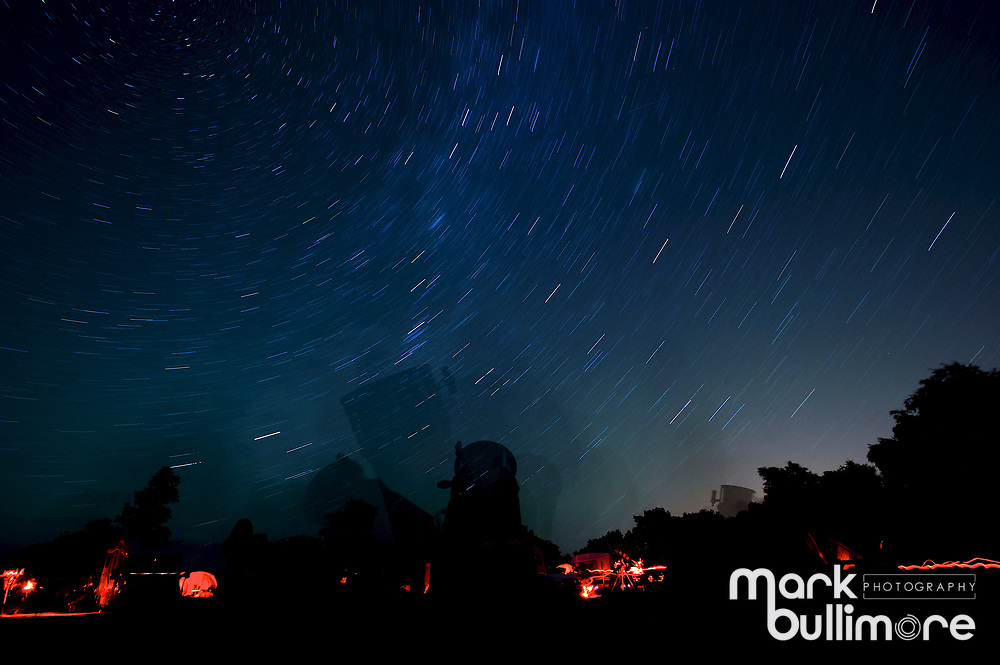