WEYBOURNE, ENGLAND - MAY 27: Mick Whitman and Cpt. Mainwaring and Stuart Wright as My Yeatman the Verger from Dad's Army TV Series with a missing brake lever for a train at Weybourne Railway Station to mark it's making on the North Norfolk Railway on May 27, 2018 in Weybourne, England. The North Norfolk Railway hosts the annual Dad's Army live Weekend where the famous "Royal Train" episode of the popular TV series was filmed at Weybourne Station in 1973. (Photo by Mark Bullimore/Getty Images) 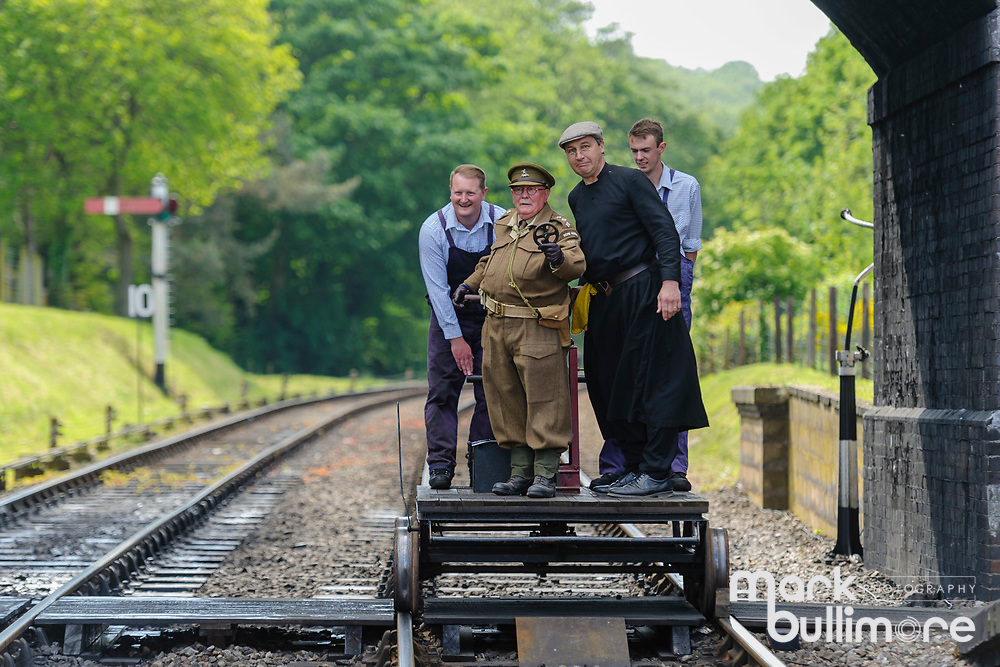